This post is my  testimony for a one of a kind event. Yesterday, I had the privilege to attend one of the best concerts  featuring legendary Joe Satriani and  Steve Vai. Also performing was Tosin Abasi from Animals as Leaders!
It was a magical evening where some of the best guitarrist in the world were playing their amazing music and gave us the gift to see them performing together. This concert also had a great cause. It was a benefit concert in support of Cliff Cultreri  their good friend and music-industry veteran. Cultreri is the A&R executive who “discovered” Satriani, Vai and other great artists while working at Relativity Records and Koch Entertainment. Cultreri is suffering from a host of auto-immune and connective-tissue disorders  simultaneously attacking his immune system, it is a 1 in 100 million occurrence causing severe pain and debilitating. Joe Satriani and Steve Vai got together to host benefit shows for Cultreri in the years 2006 and 2011, this concert in 2015 is the third one for the cause. This show, “A Benefit for Cliff III” took place at 8 p.m. on June 12 at the Wiltern Theatre in Los Angeles … And now I can say I was there!!! Ohhh…I am so glad I was! 🙂 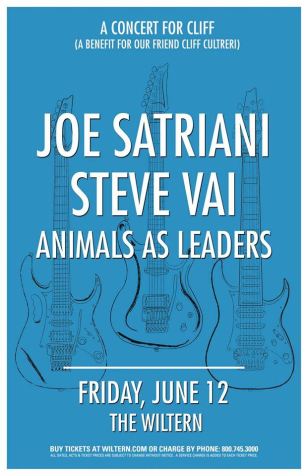 I witnessed three and half hours of an exciting and amazing concert!

Something unique that I know it would be one of a kind in my concerts book!!!

I love music and I have been lucky to have seen many of my favorite bands and artists during my life!
Not all of them, but still many that I would love to see. I went to concerts whenever I could and I have unforgettable memories.

Our day started yesterday at 3.30pm, we headed over to the PCH (Pacific Coast Highway) going to Los Angeles. The weather was just perfect a little overcast on the coastline. We had a wonderful ocean view while travelling.
I took some photos with my phone 🙂 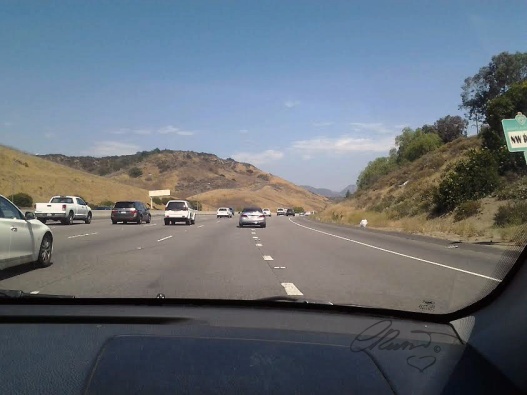 We arrived in Los Angeles! Getting closer to the Wiltern Theatre , getting very exciting!

This is the Pellissier Building and adjoining Wiltern Theatre a beautiful 1930 Art Deco architecture considered one of the finest examples in United States.
It was a wonderful experience for me as Artist to see the beauty of this historical theatre. This Concert was not just a concert, it was also an amazing place. The more I looked around the more I felt I was back in time. I was imagining how many shows have been hosted in such great place. The ceiling is amazing and decorated with dramatic Art Deco elements. The walls inside the Theatre featured shapes of flowers artistically painted!

This stunning Art Deco element is on the ceiling outside the entrance.

Time is getting close. We are in line to check-in…the line was pretty long, all the way to the other side to the Wiltern Theatre.

And finally inside! The stage is great, the atmosphere is exciting. I love concerts hosted in theatres. I like because it is less dispersive than the Stadiums. There are different atmospheres and way to perceive the music and the artists.
Joe Satriani and Steve Vai along with the other artists have donated items to be auctioned during the event including autographed guitars.

The Concert starting at 8pm…

The  first to perform and open the evening are the Animals as Leaders. I discovered them just recently. They play Instrumental Abstract Jazz Metal (this is my definition for their music) the official definition is “Instrumental Progressive Metal” they are able to change their sounds in different directions.

Note: I am not the owner of those two photos I don’t know the photographers names (Copyright Photo Credits goes to their original owners)

The show started on time and the Animals as Leaders performed for almost an hour. The second performance was legendary guitarrist Steve Vai. He has a great stage presence along with his music. He let his finger flying on his guitar as he always did, one word… amazing!

Then Joe Satriani walked on stage. That’s when the planet turned to hear the pure sound from his guitar.

His music is just stunning! I have a preference for him because I love the sound of his amazing guitar, it is different and unique that’s why I describe it as “Pure”. He is not only a guitarist but a multi-instrumentalist. Satriani is considered to be a highly technical guitarist in the world and referred to as a top guitar virtuoso.

He also has Italian descends which makes me very happy!  🙂

Joe Satriani played for long time his wonderful pieces. After two-hour and a half concert, Joe brought back on stage Steve Vai and Tosin Abasi lead guitar from the Animals as Leaders to have a jam session. That was super great to see them play all together!  Very unique occasion performing a Frank Zappa song.  Also a wonderful Tribute to the greatest B.B. King. This concert has been 3 hours and half of unforgettable music. I am very happy and pleased  to be able to say “I was there!!!” 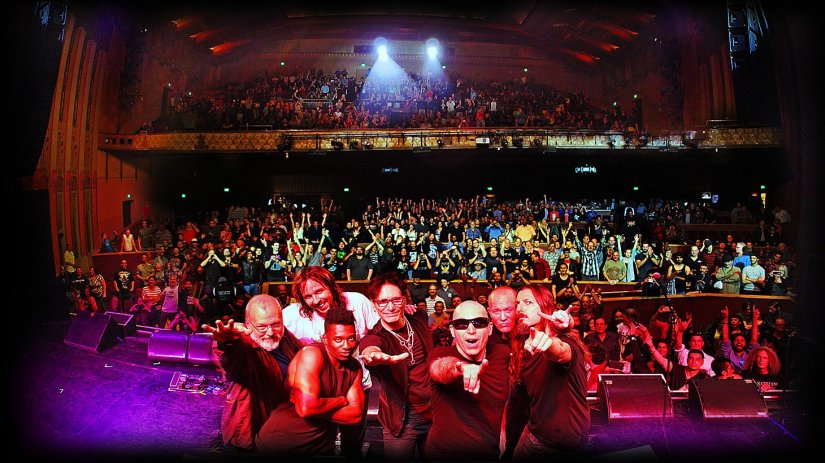 My phone couldn’t record the sound as I would’ve loved to. But I found some videos recorded from this concert. Thanks to  Cal Vid  you can enjoy and have a part of this unforgettable event with me! ❤

Carolina Russo is the Artist behind YesterdayAfter Blog and Carolina Russo Art. She was born and raised in Italy where she studied Art and Design. A self-taught watercolor artist. She found her voice and recognizable style throughout last 25 years. She is an independent full time artist. Her Art extends to Watercolor painting, Illustration, Eco-printing, Art for Music, Digital Art and Photography, Poetry, Jewelry Design and more. She moved from Italy to US in 2002 and live in California since then. View all posts by YesterdayAfter

38 thoughts on “Music – A magical evening of guitars”

This site uses Akismet to reduce spam. Learn how your comment data is processed.

I am on Spoonflower

NEW Interview to me!

Have you been Featured here?

“The Cure” Concert with Special Guests “The Twilight Sad”

This is my Personal Blog and it is focused on my own Art! I do not accept Guest Posts from solicitors. Please do not send emails in regards of asking for Guests Posts spots. I am not interested on publish guests posts unless invited directly by me! Thank you!

Please note some information contained on this website are not meant to be a substitute for any medical advice, treatment or diagnosis by a physician or other health care provider. You should never ignore advice from a medical professional or delay obtaining medical advice because of any information you may have read on this Blog. YesterdayAfter.com

Copyright 2015 - 2020 ©YesterdayAfter.com - Art, Design and Photography by Artist ©Carolina Russo. All images and content on this site cannot be reproduced, redistributed, modified, duplicated, or otherwise used without permission. All photos sourced from other locations are stated and credited.
Priestess Of The Light Temple
The Journey of 1001 Steps
CRYSTAL AND DAISY MAE'S PHOTO-BLOGGING SITE

NOT JUST A PHOTO-BLOGGING SITE!!!!

The workshop and your tuition was inspiring. I went home created an art space and began designing

House of A Writer

Welcome to my blog where I share my special needs parenting journey with my heart, truth, and love, one story at a time. ❤️

A trip through life with fingers crossed and eternal optimism.

Behind every strong woman, are all the other women that came before!

Art is the Struggle to Understand

I'm on a life changing journey to 40. There will be ups, there will be downs. I'm like a roller coaster but with more agoraphobia.

An insight to a heart mind and soul.

Creative Exploration in Words and Pictures

A Writer's Life: Business and Personal

There Is Always Hope

Educating and Empowering those with Chronic Illness